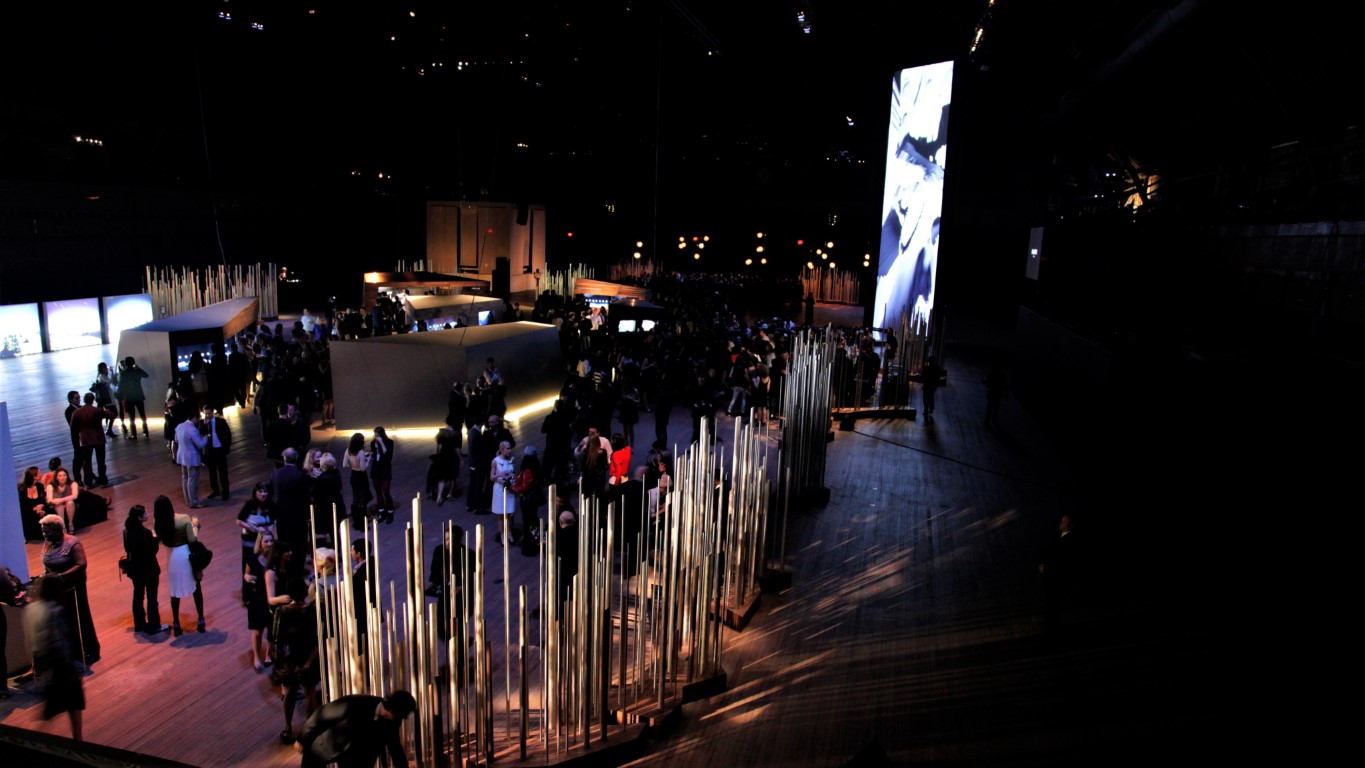 In the beginning of 2012, MA3 Agency asked Three Byte to design a projection and audio installation for the 40th anniversary tour of the Royal Oak, the flagship timepiece of Audmars Piguet. Starting the tour at the Park Avenue Armory in NYC, and continuing to Milan, Paris, Geneva, Beijing and Singapore throughout the year, Three Byte designed a touring packaging of equipment and coordinated and supervised the installation at each city on the tour.

Three Byte worked closely with the artists whose work was commissioned for the tour: Davide Quayola’s “Matter”, and Sebastien Agneessens’s “Between Now and Then”.  Three Byte ensured that the media systems supported their artwork to the fullest extent, accommodating the different venues, cultures, and equipment availability.

Each city's venue had different constraints on size acoustics, lighting, and available equipment. Three Byte had to coordinate with vendors from around to world to integrate the core touring package with rental equipment and setup.

Integration with Lighting, Sound Video, and Security- AP watches costs upwards of $50,000 each!