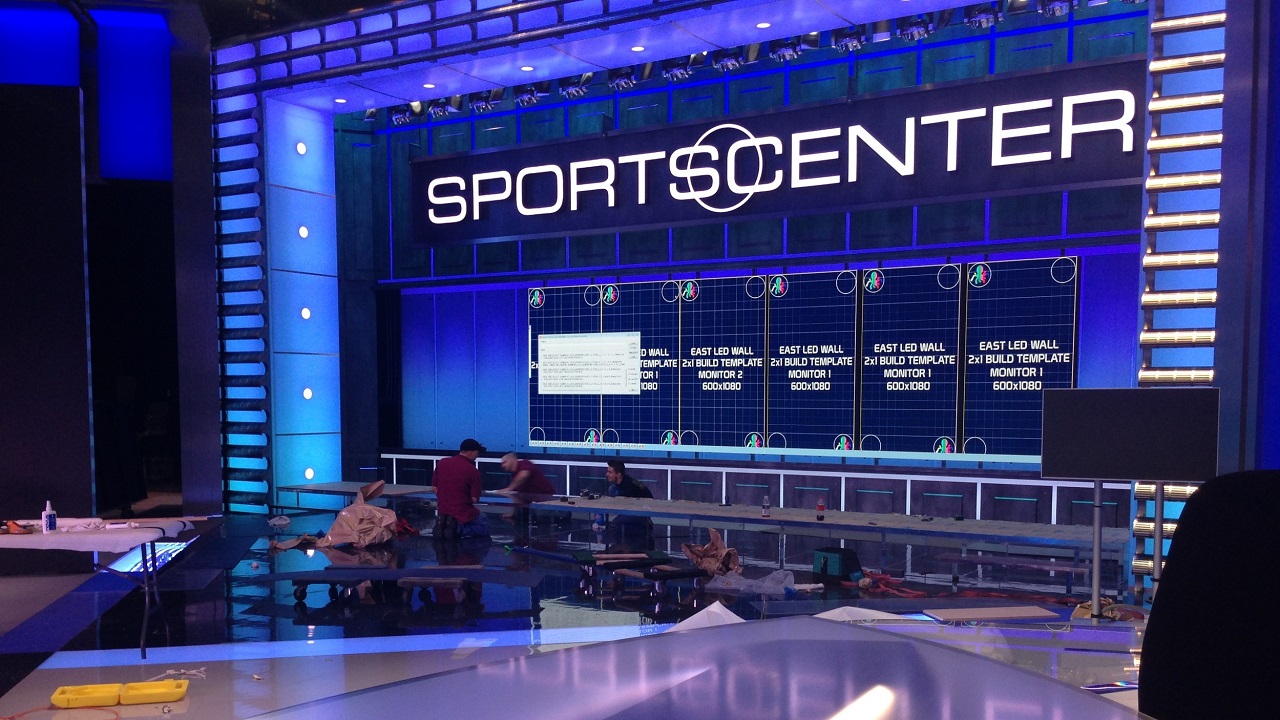 The system integrator, WorldStage asked Three Byte Intermedia to help specify, design and implement a Medialon show control system to bring all of the various studio components under centralized monitoring and management.  The system facilitates faster setup, calibration and troubleshooting of each subsystem as well as more reliable and repeatable cueing while on air.  In coordination with WorldStage and the operators at ESPN, Three Byte built a flexible preset and cueing system that is tailored to fit the daily workflows that ESPN expects when getting ready for a filming a segment.  The primary goal achieved is massive amount of technology across 5 major sub-systems can easily be managed by one operator and ultimately run under completely autonomous control during broadcasts.