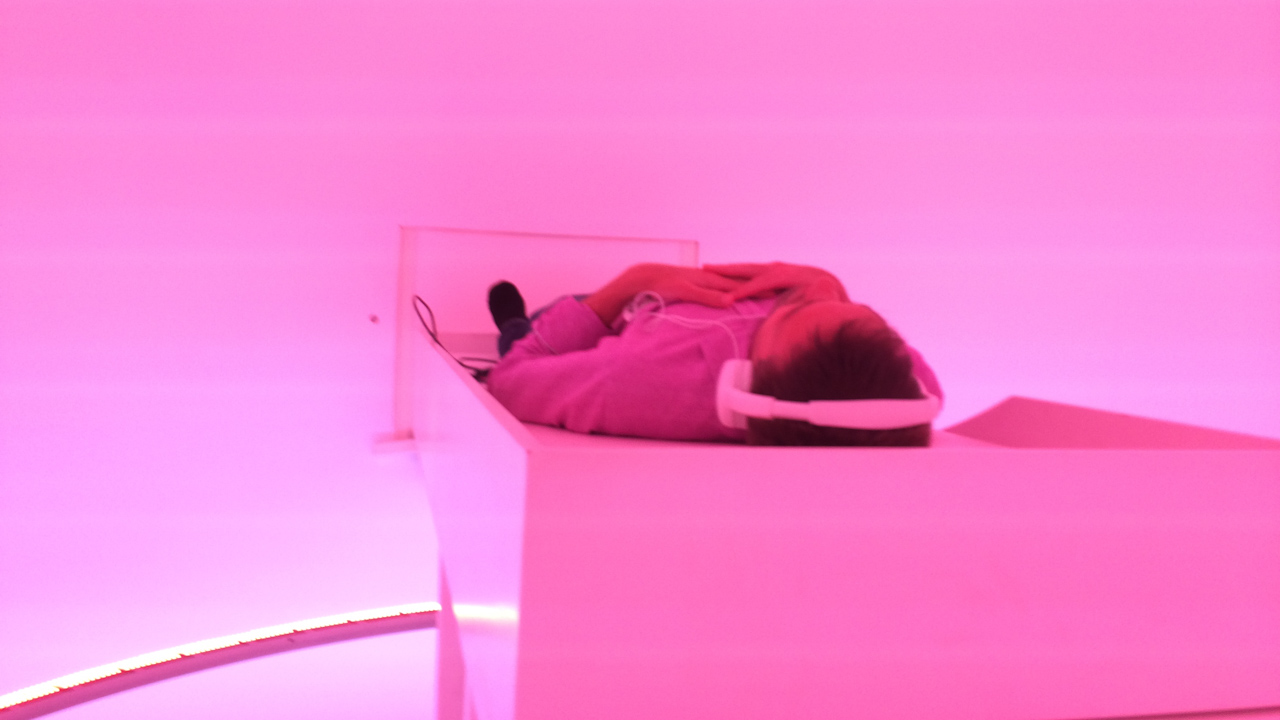 Three Byte was been commissioned by James Turrell to create several advanced lighting control installations and recently was asked to support two new installations at the National Gallery of Australia in Canberra for a retrospective exhibit starting December 13, 2014.   The retrospective contains “Bindu shards 2010” as well as “Ganzfeld” running Three Byte software and hardware.

The Ganzfeld replicates the white-out phenomenon which includes a complete loss of depth perception. The installation at NGA incorporates an inclined floor, precisely constructed apertures, LED lights, and Three Byte’s special-purpose lighting control software. The software application was developed specifically for James Turrell to allow him along with his studio to easily experiment with new effects and experiences in every installation, each of which is unique to the location.  The software supports timeline-based 16-bit DMX control for up to 8 universes with particular attention to insert/edit capability along with increased low-light level precision controls, and a custom tactile lighting control board.

Bindu shards is also known as a Perceptual Cell and is a one-person sensory experience.  The viewer lays on a bed affixed to rollers similar to an MRI machine, and is pushed into a fully enclosed sphere 12 feet in diameter.  The viewer wears headphones and looks up into hemisphere of white, giving a completely uniform field of vision that eliminates all sense of depth perception.  The sphere is then illuminated with LED lights that cause the environment to change color as well as strobe.  Three Byte’s software executes a program of a binaural audio streams that induce beating between the left and right sides of the stereo headphones.  It is absolutely critical that the lights and sound be generated from the same timing source – a feature that no existing system could support.  Three Byte spent months developing the software to ensure the lights are precisely timed to strobe synchronously with the audio beats which is extremely important to the intensity of the perceived experience.  The different programs which last between 11 and 37 minutes alternate frequencies that emulate the neural oscillations that occur during different periods of a human sleep cycle.  While the total experience is unique to each viewer and can be unsettling, most people report it being meditative and while causing one to lose their sense of time as well as space.