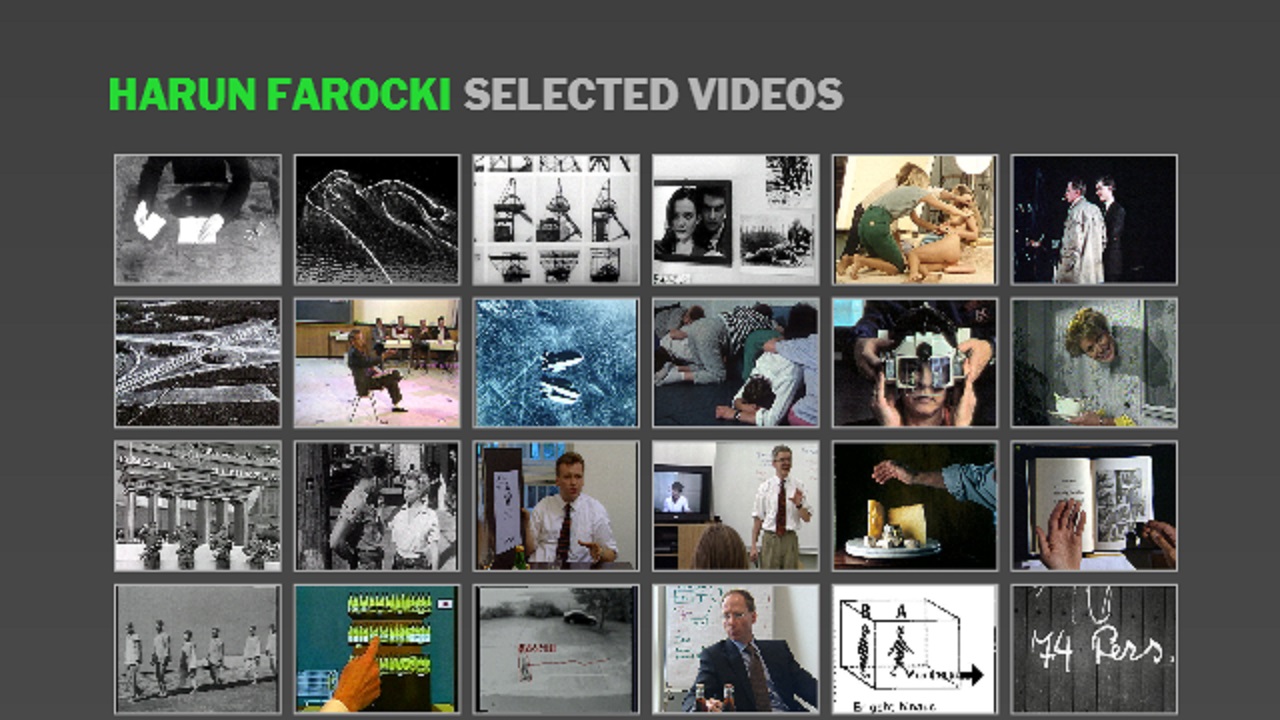 During the summer of 2011, The Museum of Modern Art approached Three Byte Intermedia to implement a video kiosk highlighting the work of filmmaker and artist Harun Farocki.  The exhibition, entitled Harun Farocki: Images of War (at a Distance), features dozens of video artworks spanning several decades.  Three Byte created a custom kiosk application to allow users to browse and view their choice of many videos from a single terminal.

The installation included three kiosks which presented a variety of videos targeted for either SD or HD displays.  To preserve the aspect ratio and display aesthetic of the artwork, two kiosks utilized NTSC television monitors.  Three Byte used WPF, small form-factor computers, and video scan converters to construct an interactive menu that allows visitors to click on thumbnails, read details of each piece, and then watch any video in its entirety.  In addition, the application was developed to allow the museum to easily edit the text and videos that are displayed in the kiosk, creating a flexible interactive framework on a very short schedule.