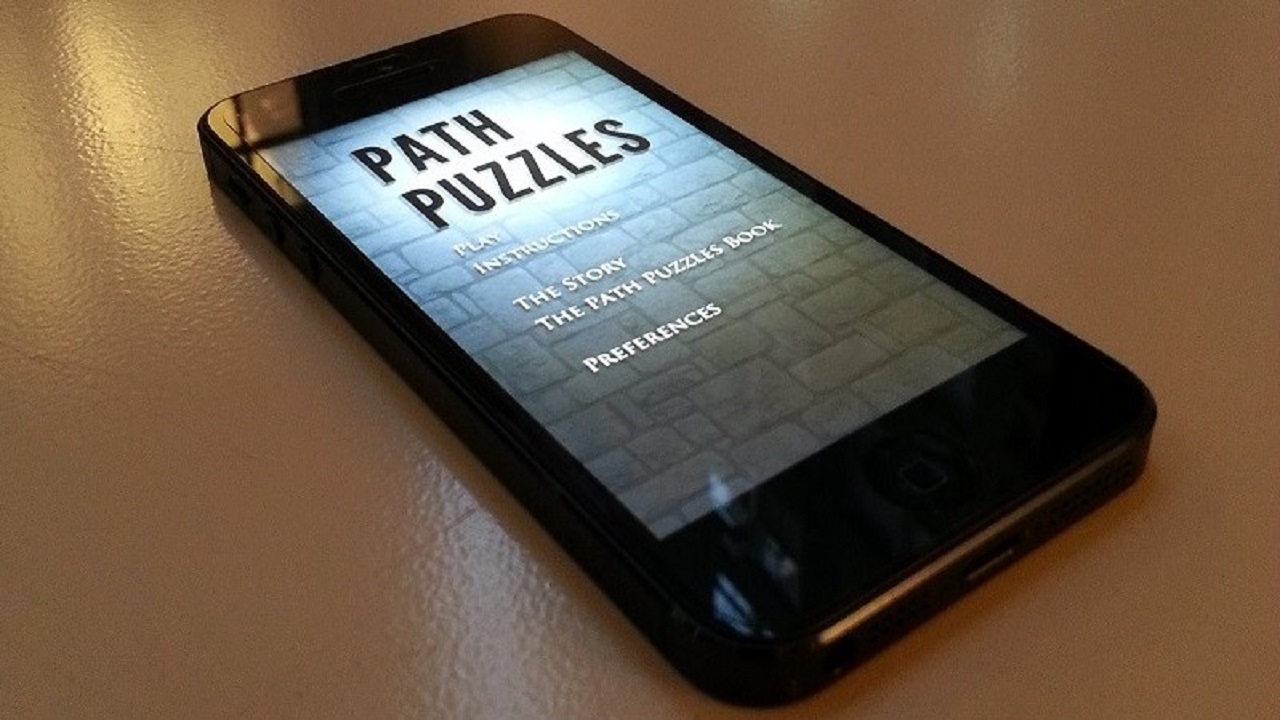 Path Puzzles is a game built for iOS that challenges players to draw a path across a puzzle grid from one entrance to another. Game play and rules were created by Rod Kimball, first as a paper and pencil logic puzzle. Working with Kimball, Three Byte Intermedia was excited to build a phone app that would allow more people to play these puzzles.

Each puzzle is a different grid pattern, with numbers placed adjacent to playable squares.  To beat a puzzle, the player must draw a red path from one opening (entrance) to another while satisfying the restrictions imposed by the numbers.  A valid path must run through the exact number of cells in the row and column adjacent to the number, while never going through a cell twice.

Rod Kimball discusses his experience working on the app:

My goal with the Path Puzzles app was to make a marketing tool for the Path Puzzles book. To this end I wanted to create an interface that would allow solvers to have the same experience of using logical deduction as they would with pencil and paper. In addition, players would benefit from the technical and practical advantages of a touch interface. In working out the nuts and bolts, the Three Byte guys are wonderful to work with. Every idea I had was fully explored. They introduced many great ideas as well, but I always felt in control of the final product. Throughout the process, Three Byte has done everything possible to make sure the Path Puzzles app is as successful as it can be. It felt great to be able to place the technical burden completely in somebody else's hands, freeing me to simply brainstorm and create. The Three Byte team took on that burden gladly.

To make sure both leading mobile platforms were supported, Three Byte developed this game on top of the PhoneGap cross platform framework (powered by Apache's Cordova).  PhoneGap allows developers to build web applications, while rendering them on mobile device as native applications.

Different mobile platforms use different native features, so Path Puzzles cannot run exactly the same on different operating systems.  Kimball wanted the app to be free to download, so players could start with the base level set, before purchasing additional levels.  To do this, Path Puzzles has to integrate with both the iTunes App Store and Android store to allow gamers to make in-app purchases to buy more puzzles.  Each app market works differently, with different rules and APIs. In addition, different iPhones and iPads, each with individual screen dimensions, must be supported. CSS3 technology makes it easier than ever to support a wide array of different display shapes and sizes.

To provide a puzzle builder with an easy way to build new puzzles which can be included in add-on level packages, Three Byte developed a web based board builder application. This application gives level designers all the tools they need layout new puzzles, play them in a sample game environment, while testing the validity and beatability of boards algorithmically on Three Byte's server.