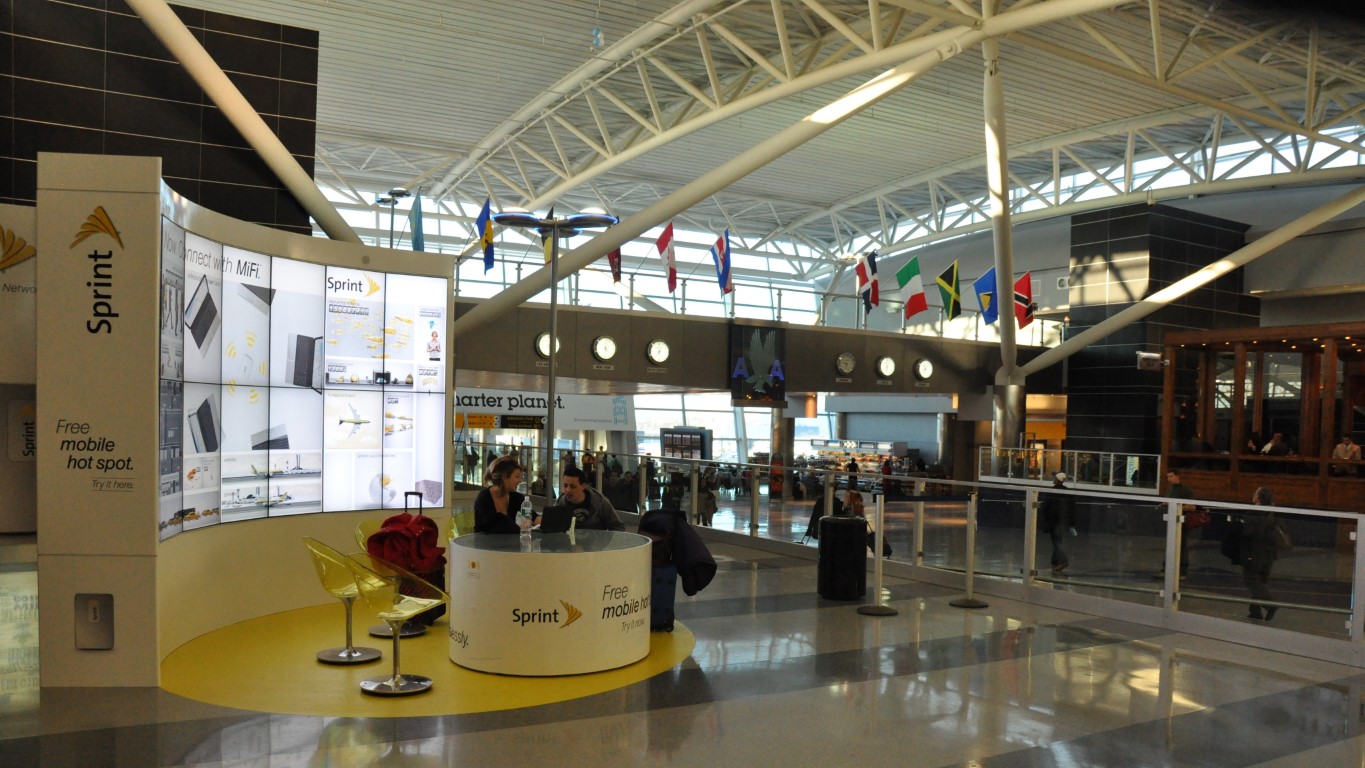 In anticipation of a major new product launch, Tronic Studio engaged Three Byte Intermedia to help produce an impactful advertising display for Sprint located in American Airline’s Terminal at JFK airport.  Tronic and Goodby, Silverstein & Partners wanted a way to showcase the functionality, speed, and breadth of Sprint’s service and products with a high resolution 24/7 display that is sure to catch everyone’s attention at the busy entrance to the terminal.

The primary display software is based on C++/DirectX while the data feeds are aggregated and graphical overlays are created and rendered dynamically through C# using Windows Presentation Foundation; both have been designed to be true 64 bit applications. Multiple display computers are kept in frame-accurate sync with a proprietary C++ scalable network synchronization library develop by Three Byte Intermedia. In a matter of weeks, Three Byte designed, prototyped and implemented a video software solution that incorporates 11-megapixel native-resolution frame sequence playback.

The short looping video segment depicts a variety of information about different aspects of the city such as the number of police patrol cars on the roads, or the number of rats in the subways.  In addition, real-time data about the flights that are arriving and taking off at the airport, weather conditions in different cities and the current traffic on major New York roads are collected from XML feeds and dynamically incorporated into the video content.  Three Byte provided the software to poll multiple disparate data feeds and generate appropriate graphical overlays in real time to seamlessly present the information to viewers.